Links to other atlases

What is an atlas?

An atlas is traditionally a collection of maps where a “map is a symbolic depiction emphasizing relationships between elements of some space, such as objects, regions, or themes.” (https://en.wikipedia.org/wiki/Map.) An example of a set of coronal section ‘maps’ from Swanson’s rat brain atlas (ver. 4) can be seen below:

From here it is easy to see that – assuming no distortion in the shape of the brain in the coronal sections – if we stacked and aligned these images we could recover the 3D shape of the brain. This is one approach to 3D atlas construction from 2D data.

What is a 3D digital brain atlas?

We can succinctly describe a 3D digital brain atlas in terms of the following components:

The traditional book form atlases have a long history and still make for a useful reference. Since they are 2D by nature they match well with the viewing of histological section images. But the real brain is a 3D object – if we move to 3D we can view and understand its true shape. Most digital atlases are 3D atlases. We can generate 2D section images by virtually slicing at any angle through the 3D brain volume. With a digital atlas we can map data from many sources into a common 3D space defined by the atlas. With a digital atlas we can do things computationally, which means we can also try to automate our analysis.

Essentially, a 3D atlas can be used to organize neuroscience information from a variety of sources!

When dealing with medical image data we can consider world, anatomical, and image coordinate systems and t 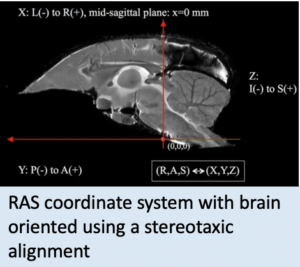 heir relationships. Two common anatomical coordinate systems are the LPS = {from right towards left, from anterior towards posterior, from inferior towards superior} and RAS = {from left towards right, from posterior towards anterior, from inferior towards superior} systems. For example, the R, A, & S axes correspond with the positive  X, Y, & Z axes. We can use stable features of the brain, such as the anterior and posterior commissures, and the mid-sagittal plane (that divides the two hemispheres) to (re)orient the brain orientation to align with these systems.

How Can We Delineate Brain Regions?

Brain regions can be studied through histological staining and subsequent architectonic analysis. Some useful terms are as follows: 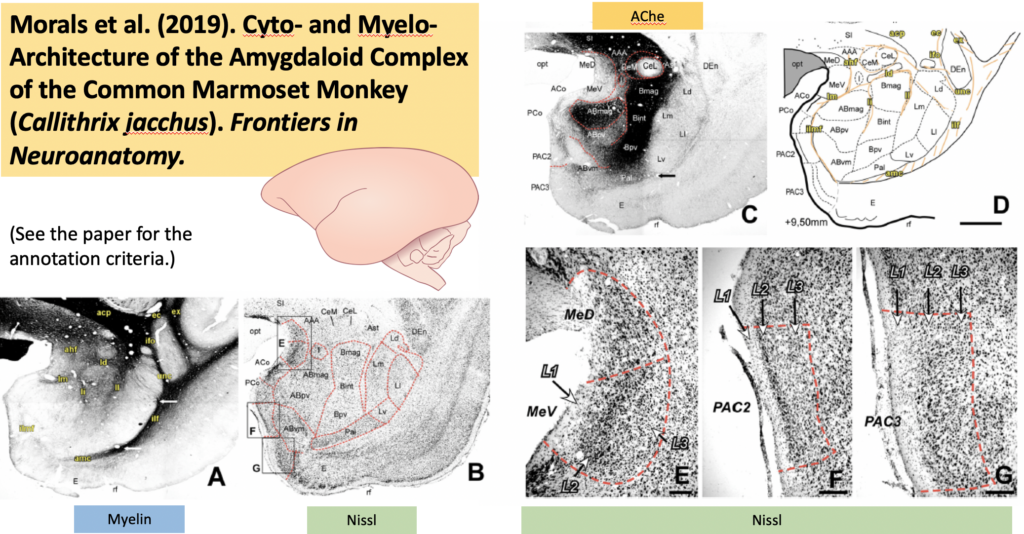 Of course, new data-driven approaches are being developed. We have explored quantitative delineation of the cortex using traditional image processing A.I. based techniques.

The work of Glasser et al.  From the paper (mainly the abstract): Delineated 180 areas per hemisphere: Bounded by sharp changes in cortical architecture, function, connectivity, and/or topography in a precisely aligned group average of 210 healthy young adults. Used a semi-automated border drawing approach with a tool that follows along gradient ridges in the image data. Characterized 97 new areas and 83 areas previously reported. Trained a machine-learning classifier to recognize the multi-modal ‘fingerprint’ of each cortical area. This classifier detected the presence of 96.6% of the cortical areas in new subjects 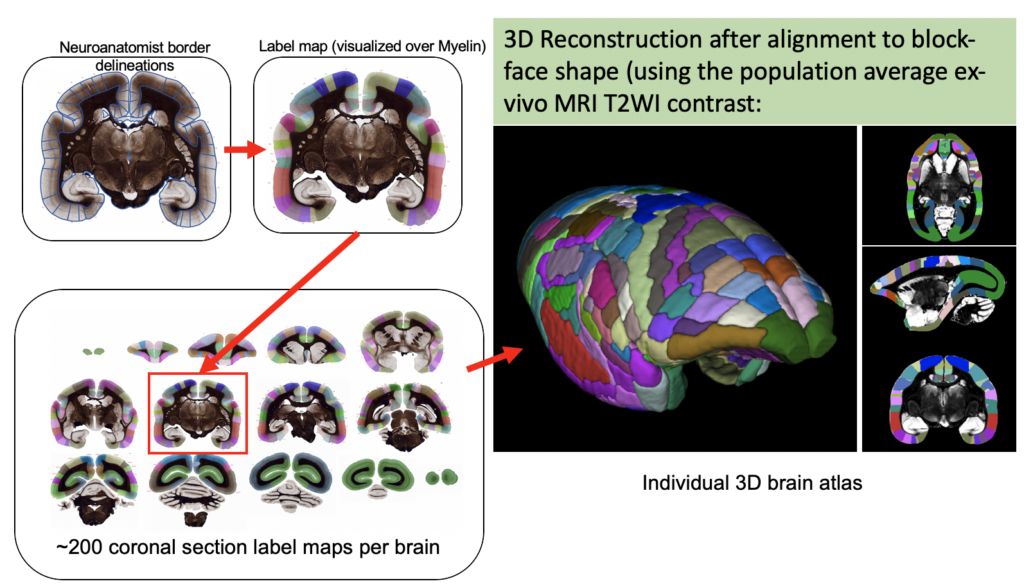